On Saturday morning the FACES team gathered at Belen Hospital to conduct their annual cleft lip and palate screening clinics. This was the first year that the clinics were conducted at Belen Hospital, which allowed for more room and assistance from hospital staff. FACES screened 65 patients within 8 hours, more than any other year during screening clinics. Dr. Tom saw a range of patients, many who were new to the FACES program, and several who were returning for a second surgery (the team down a lip one year and the palate the next).

Once again, a number of the FACES patients were from Cafe Femenino coffee-producing villages in rural parts of the northern region of the country. The partnership between FACES and Cafe Femenino has allowed FACES to find cleft patients in the remote areas, where the team would have no access other wise. In addition to the cleft, FACES saw several other problems during the clinics including malformed ears, several different syndromes and wounds from a dog attack.

During the screening clinics the Portland Lions conducted sight and hearing testing on the FACES patients, their families, and community members. Many of those who were tested walked away with new prescription glasses or reading glasses.

The FACES Foundation surgical team will return to Lambayeque in January, 2013, for the surgical trip, during which the team will operate on those selected from this pool of 65 patients. Dr. Tom estimates that 40-50 children will receive surgery during this one week period. 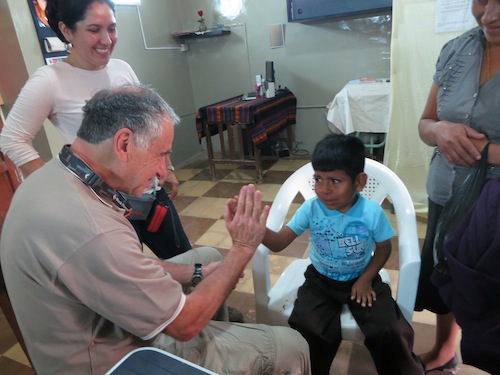 This little guy was mighty nervous for his cleft screening. But he quickly warmed up to Dr. A. 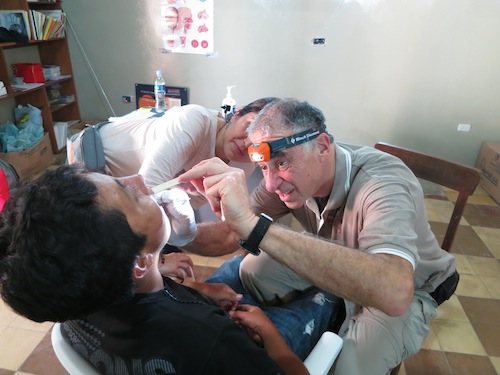 Franklin, the young man pictured with Dr. Albert, lives two days away from Lambayeque in a community called San Antonio. He received cleft lip repair surgery this year from the team. Although he does not need any more surgery, he traveled for two days to Lambayeque just to say thank you to Dr. Tom and the FACES team. 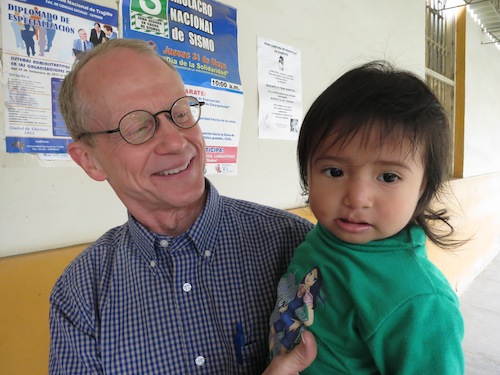 Kelly Jensen, FACES Board Chair, with Chalon, one of the FACES cleft patients.